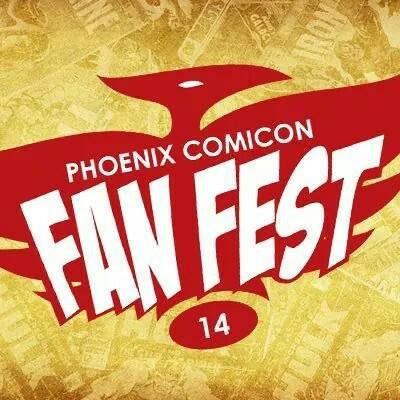 This year Phoenix Comicon decided to throw everyone for a curve ball, announcing that they would satisfy the long-standing request from their convention-goers for a convention in cooler weather. Now, any Arizona convention attendee will tell you that we already have one in the form of Amazing Arizona Comicon. But the weather in which the convention is held is where the similarities end between Fan Fest and Amazing Arizona.

I, like many, was not quite sure what to expect from the initial offering of Fan Fest. Would it be like Amazing Arizona? Would it be like Phoenix Comicon? The correct answer is C – None of the above. The Fan Fest was very different from both of the other major conventions in Phoenix on many different levels. While it was smaller than both of the aforementioned conventions, it did have a personality all of its own.

It did not boast the star-studded lineup of media guests of Phoenix Comicon or the roster of legendary comic book creators that attends Amazing Arizona. But I truly believe that all of this was the point. It did not want to be like the others, Fan Fest wanted to carve out its own little home in the Arizona convention scene.  I think this mindset is what made it an absolute success.

In a very short amount of time, the folks at the Fan Fest were able to put together a pretty impressive convention.  The University of Phoenix Stadium is quite a bit further out than the Phoenix Convention Center, but they did everything they could to make it worth the trip. The convention boasted a pretty impressive lineup of talent across the board. It included not one, but two former doctors from Doctor Who, Michael Biehn of Aliens and Terminator fame, Eddie McClintock from Warehouse 13, and many others. On the comic book end of the spectrum, they supplied us comic legend Neal Adams, Whilce Portacio, and fan favorite Norm Rapmund, amongst others.

The arena was packed with every type of comic and pop culture vendor you could imagine. It was very simple to find that key issue for your collection, that rare Funko Pop you haven’t been able to get your hands on, or even high-end replicas of your favorite character props.